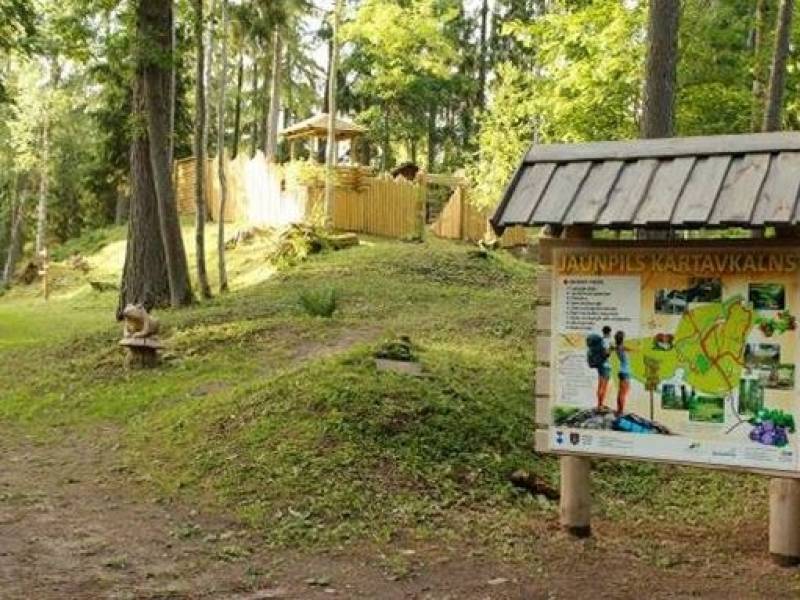 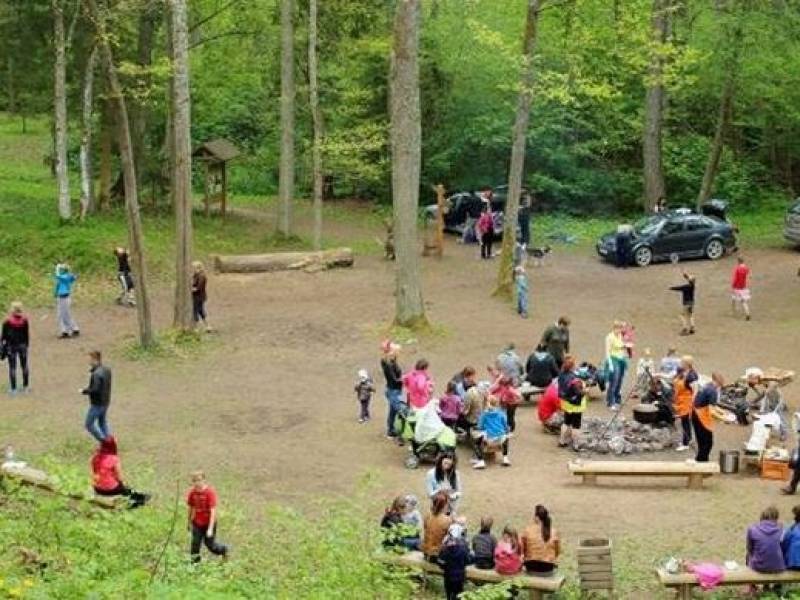 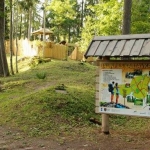 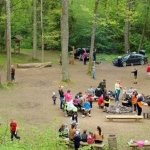 Kartavu Hill – a hilly area covered with forests, and the little River Biktsupīte flowing through it. Here, arranged are the nature trails, where you can see the grand alley of larches, and the spruce forest on a hilly terrain, the Karātavu (the Hanging) Spruce, the hillfort rampart, and diversity of the flora with rare trees, as well as see deserted and new beaver-made dams. At the Kartavkalns hill, at one point there was a settlement of the ancient Latvians. There is a theory that the Janupils Kartavkalns could be Babote mentioned in the Chronicles of Rhymes (Atskaņu hronika), because it is the only hillfort with a rampart located between Dobele and Kuldīga. Legends say that the old castle has sunk in the hill, which will reappear once its name is guessed, and instead the castle built by crusaders – Jaunpils – would sink. This legend gave inspiration to the poet Auseklis, who wrote the poem “Castle of light” in the mid 19th century. 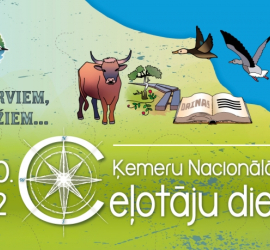