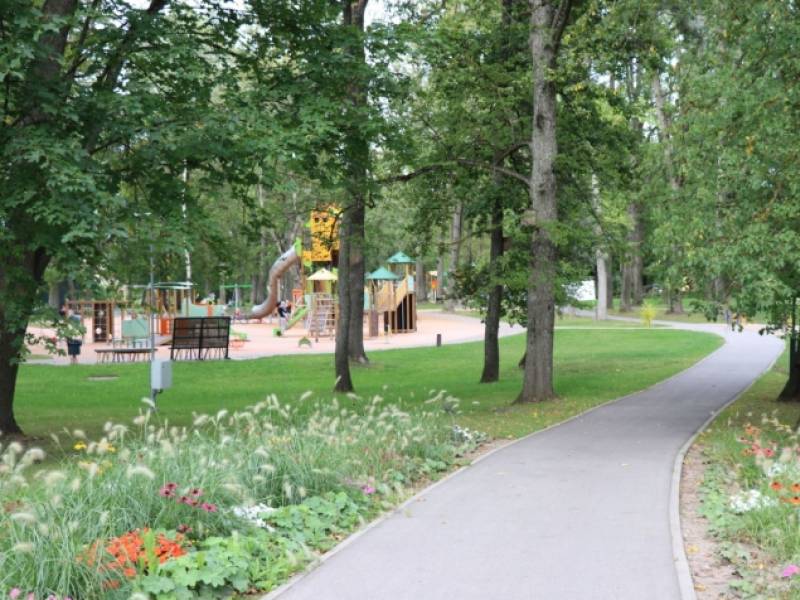 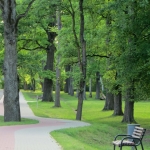 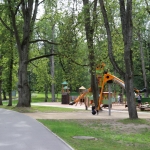 The Town Park was arranged in year 1869 alongside the Lielā Street upon suggestion of the Courland Governor. Initially, there were only a few walkways, however by the end of the 19th century, an open-air stage and a dance ground was arranged, however at the beginning of the 20th century, a small-sized wood-carved restaurant was built there.

For a long time, the park had been forgotten, but in the summer of 2016, it was restored, and now visitors have access to one of the oldest parts of the park, where extensive playgrounds have been set up for children of various ages, along with walking trails and benches. It is planned to completely restore the old section of the park and make improvements to it for nature lovers; a new part of the park will be arranged for the more sporty visitors to the park. 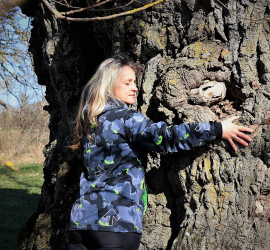