At the beginning of July 2020, the archaeological excavation works continue at Tukums St. Trinity Church under lead of Dr. hist.Rūdolfs Brūzis. The applied archaeological methodology and knowledge have guided the archaeologists to discover many unknown aspects and noticeably supplement the story of Medieval and Early modern period in Tukums municipality. The items found in this excavation are much more numerous than in the excavation of 2003 under lead of Mārtiņš Ruša, and even during the surveying works launched a year ago between September and late October. 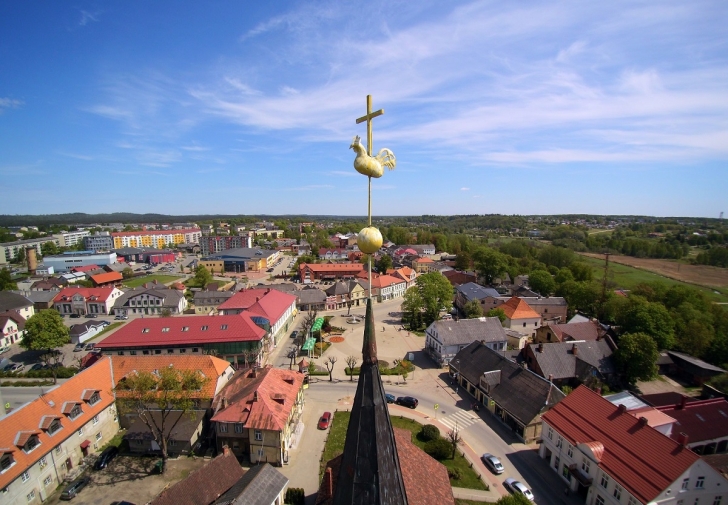 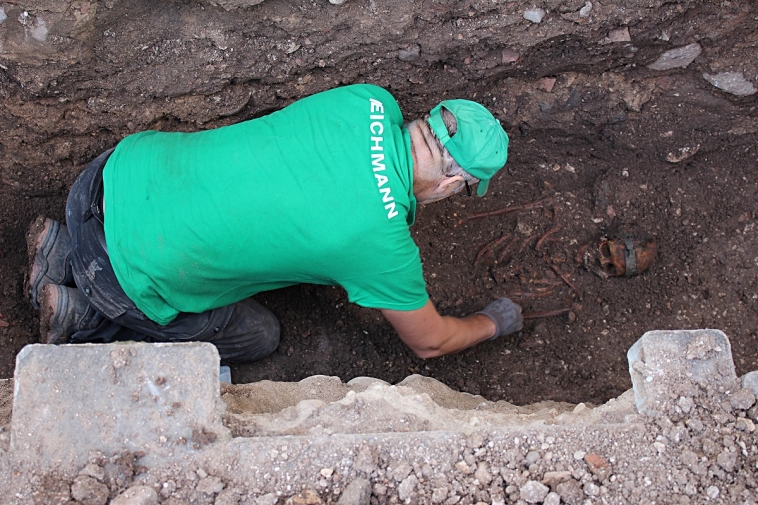 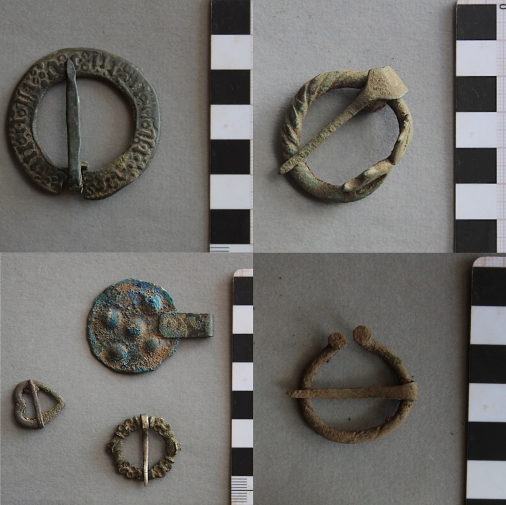 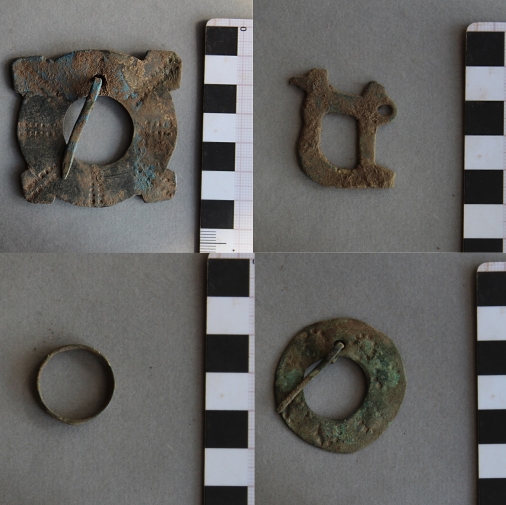 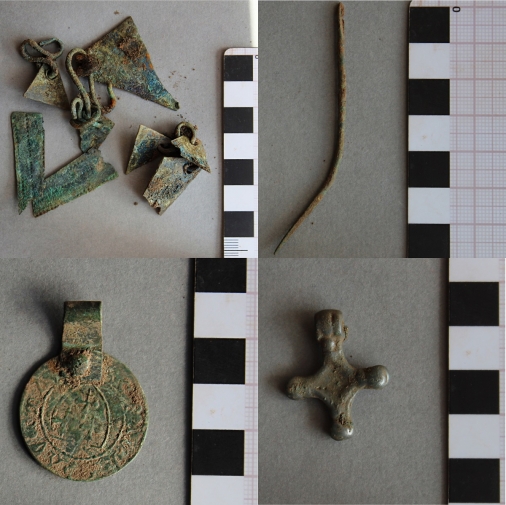 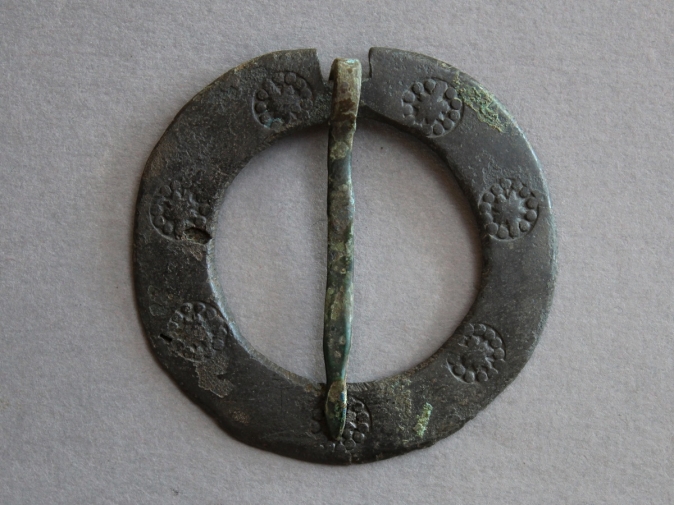 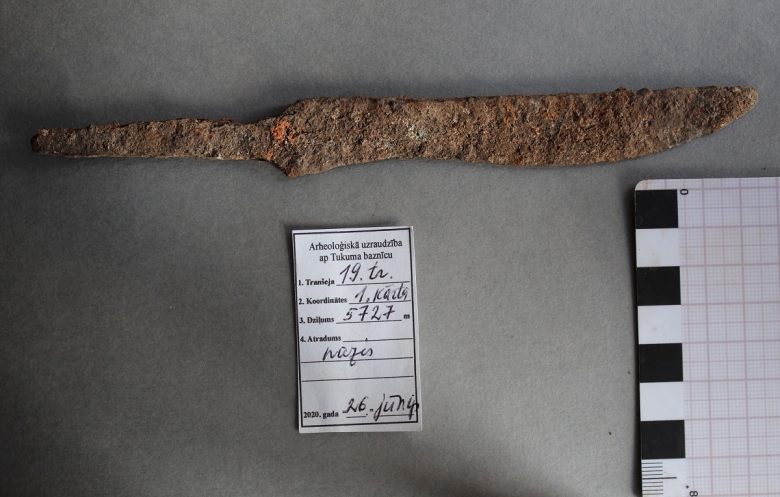 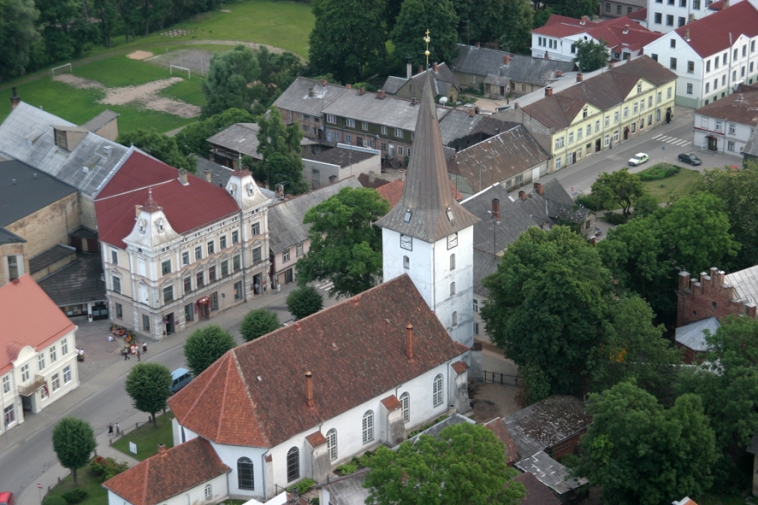 At the end of last month, the students from History and Philosophy Department of the University of Latvia joined the expedition. This is their first archaeological experience, giving a hands-on opportunity to learn about all the cycles of field survey. A group of students led by Dr. hist.Rūdolfs Brūzis will continue the survey until mid-July. In parallel to the archaeological survey, a video is being recorded and to be used as educational and informative material for pupils and teachers in history lessons.

Among all the findings, two most unusual must be mentioned — two bear nail pendants, a jewellery that was characteristic of Courland women in 15th-16th century. Once more it evidences affiliation of Tukums church hamlet to cultural domain of the Courland region. Archaeological material from other parts of Courland shows that bear nail pendants were used as jewellery by Courland brides and women. Such jewellery as found also in Užava, Jūrkalne, Drēbnieki, Darvdedži, Engure and other burials, and also in Zemgale — in Medieval cemetery of Dobele.

It must be marked that wreaths made of expensive and rarely used silver brocade were found in burials of two young women aged 17 and 25. Weaved golden threads were also discovered in one wreath.

It was said previously that several interesting archaeological antiquities were excavated from the ground, around the church sacristy during the first days of the field survey. As the excavations were continued in the deepest layers of ground, several untouched burials with characteristic inventory were found there. Currently there are more than one hundred items found — coins, brooches or their fragments, knife blades, details of belts etc. Antiquities were cleaned, cataloged and studied systematically in the cabinet phase that follows the excavations.

Archaeological survey at Tukums St. Trinity Church adds to the information available about the construction history of the church. At the Northern side, between counterforts and sacristy, in depth of 30-40 cm, the curb of cobble stone pavement with brick and floor tile demarcation was found from church repair works taking place during the first half of 19h century.

Silver betrothal brooch, one gold-plated brooch and two horse-shoe shaped brooches with animal head tips were found in excavations at Tukums Church during the last week. Besides, the archaeologists found a circular bronze brooch with embossed letters in Gothic font, as well as two circular brooches with carved suns in arch-line, which could be the reflection of halo effect of the sun observed in 1661, shown in jewellery. Among antiquities one must mention also items like bird-shaped pendant embodying dove of peace and counting badges turned into the jewellery.

After exploration of several bone chambers and burials in the Northern side of the church, Dr. hist. Gunita Zariņa joined the team of archaeologists and focused on the anthropological material of the cemetery. It is known that the cemetery in the territory of St. Trinity Church was still there during so-called Marcus Chapel era of Tukums Palace. The first burials in the cemetery were made already in the middle of 14th century and it existed until the last third of the 18th century, partially extending to current Lielā Street and Brīvības Square.

Archaeological excavations embrace 80 square meters of territory at Northern and Eastern side of the church. This project is financed by the State Culture Capital Fund with 4,000 euro, Tukums County Council with 4,000 euro and Tukums Evangelical Lutheran Church parish with 1,069 euro.

The field survey will be followed by the second phase construction works of waterproofing and rainwater drainage system construction around the church.