From 30 January 2020 until 10 January 2021, the Durbe Manor in Tukums will host the exhibition “In search of lost time. Kuznetsov porcelain in Zuzāns’ collection”. The exhibition offers an insight into the glory of objects of bygone times, in the technical and artistic mastery of producers, highlighting the special place of Kuznetsov porcelain in people’s memories. Exhibited in Kuznetsov factories, porcelain and faience objects manufactured in Russia and Latvia from the second half of the 19th century until the Second World War. The exhibition is formed from the collections of patrons of art Jānis and Dina Zuzāni, as well as including objects from the collections of Tukums Museum and Janis Rozentāls Saldus History and Art Museum. 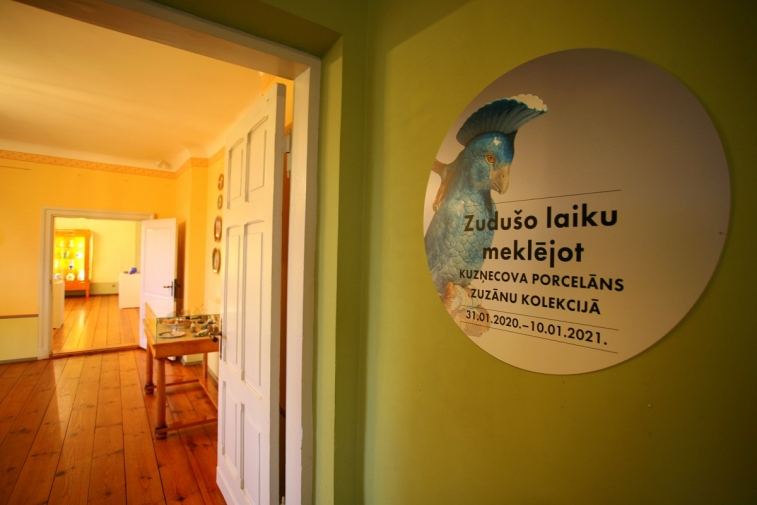 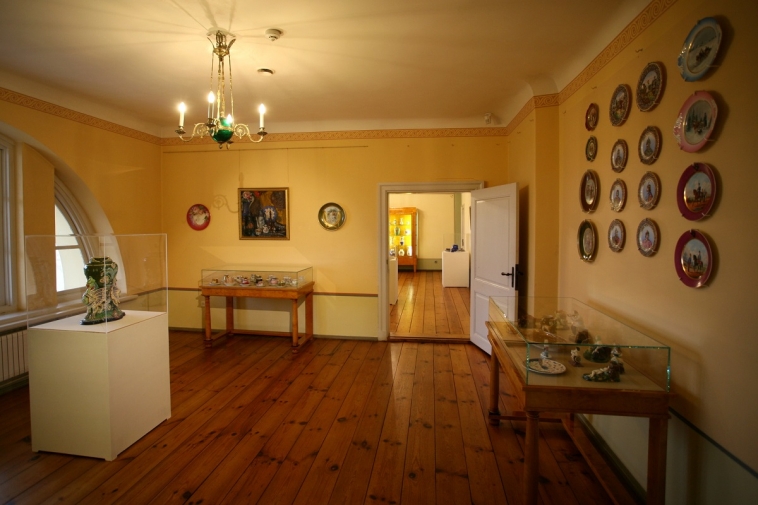 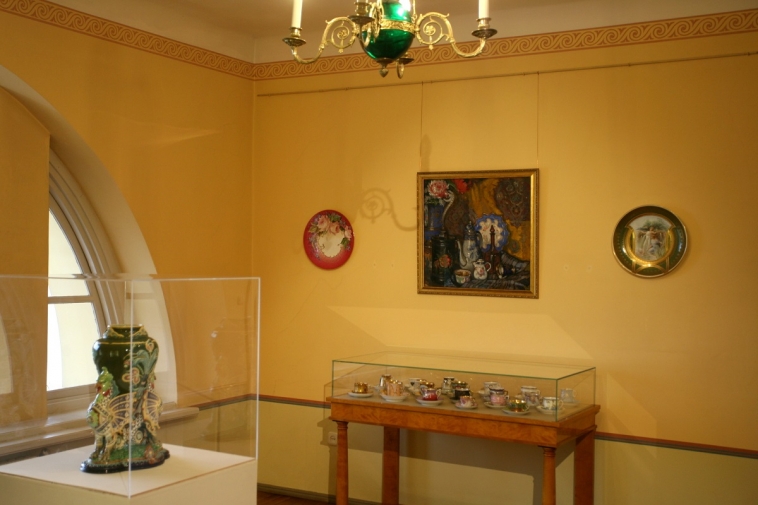 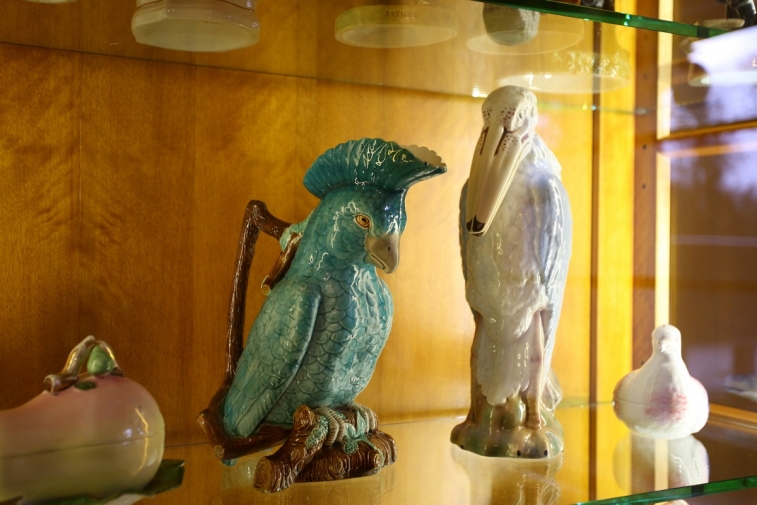 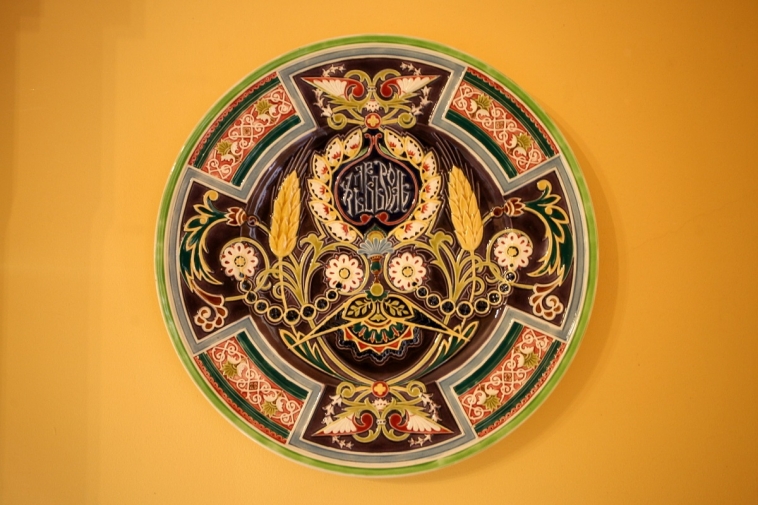 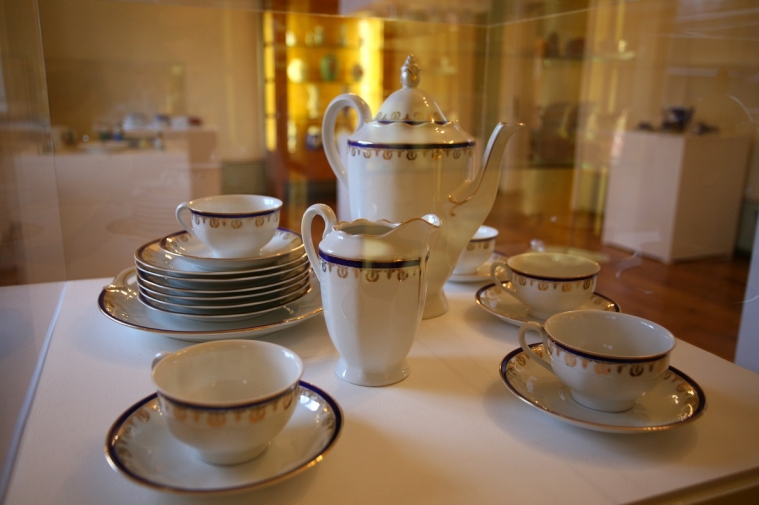 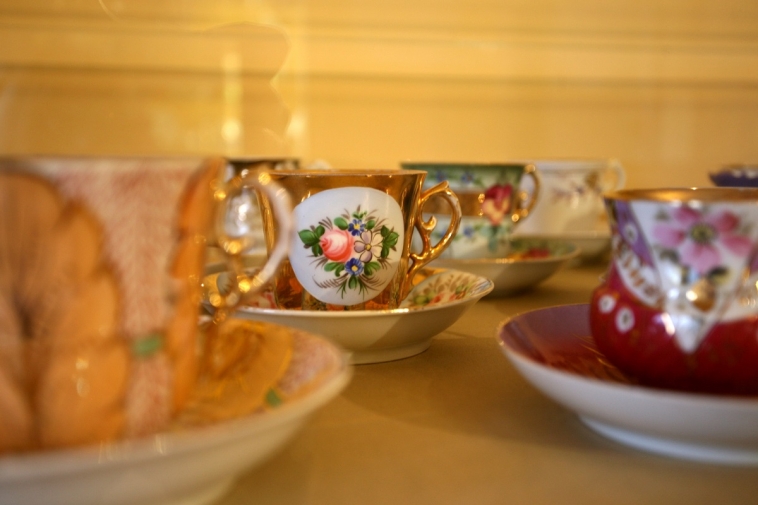 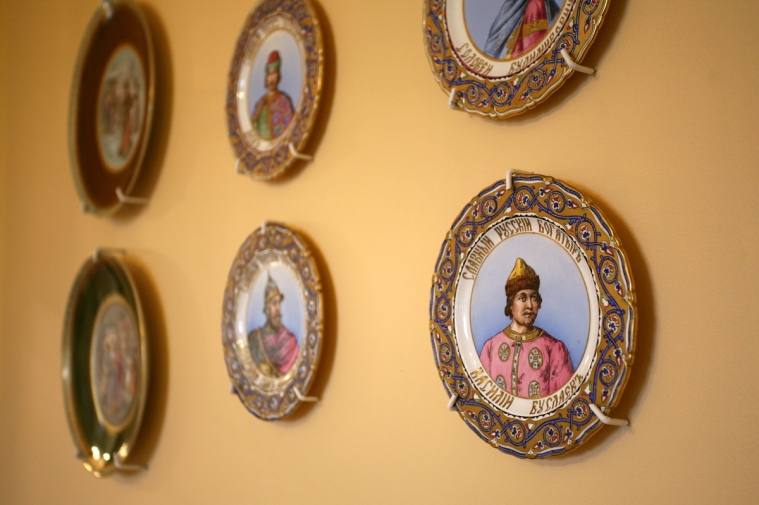 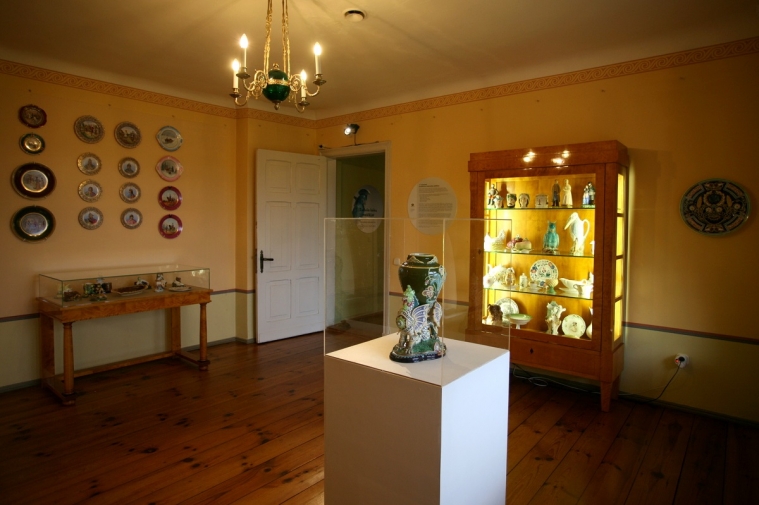 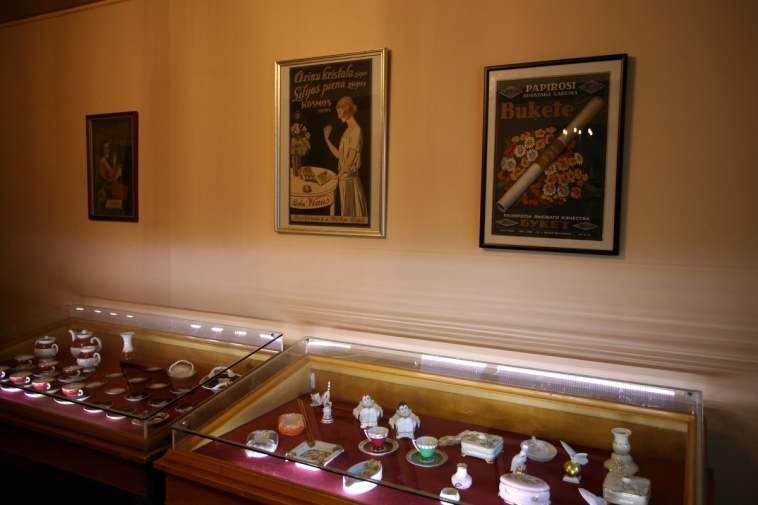 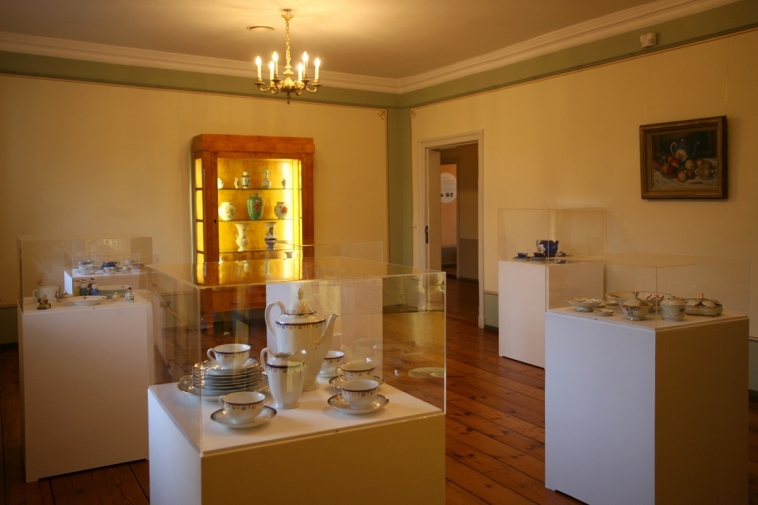 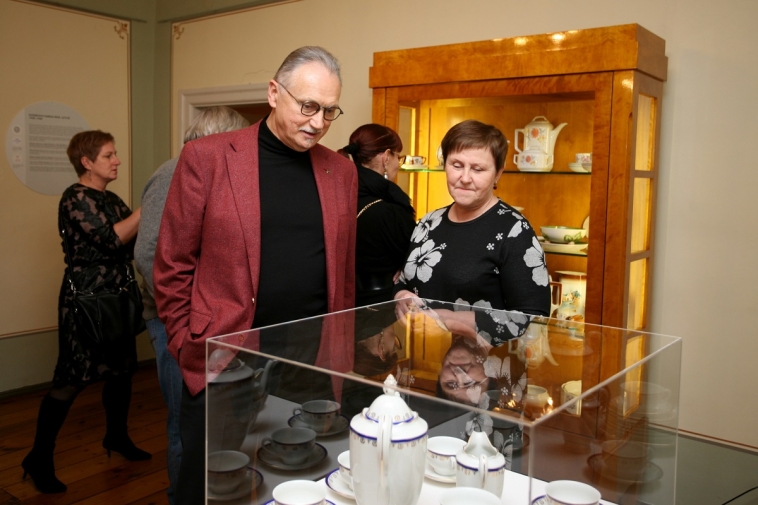 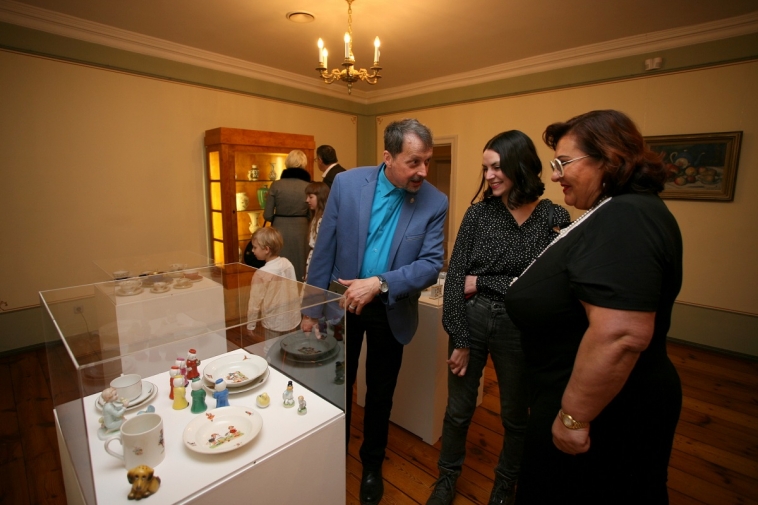 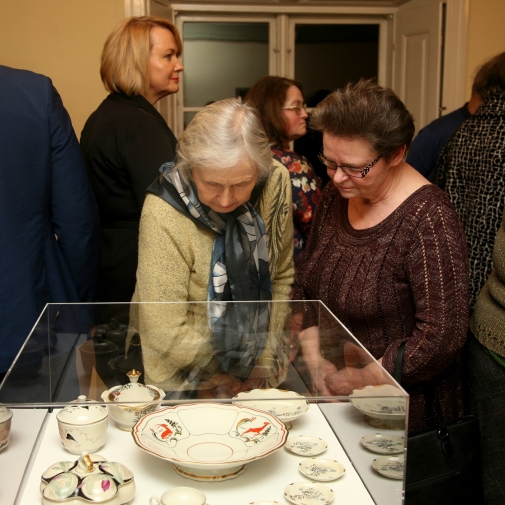 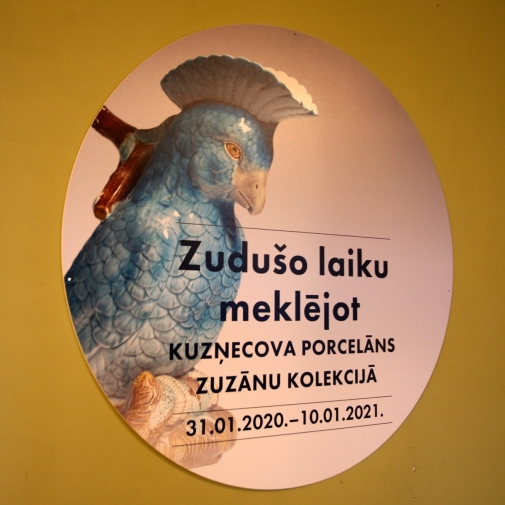 The factory in Riga was one of the nine enterprises of the Kuznetsov dynasty in the Russian Empire. It has an important part in the history of porcelain as the only factory that carried the name of Kuznetsov during the interwar period, when all factories in Russia were nationalised. The style of production of Kuznetsov was determined by such technological and decoration methods and techniques that made these products widely recognisable.

Up to now, exhibitions and research have mostly focused on the art items of the Kuznetsov factory, which in the 1930-ties were made by well-known Latvian artists, such as Romans Suta, Vilis Vasariņš, Jēkabs Bīne, Herberts Mangolds, Niklāvs Strunke and others. Nevertheless, the artistic image of daily use items can also be appreciated. The exhibition introduces with various groups of items — day-to-day use porcelain and faience tableware, sets, interesting household items or small functional items (ashtrays, napkin holders, salt shakers, boxes), decorative smaller items and art objects. An exhibition with lavish and peculiar objects embodies the story of a time and circumstances, in which they were made or used.

Owing to its fun design, the carrier of the visual image of the exhibition is a faience jug “Parrot” from the Zuzāns’ collection, made in Kuznetsov’s factory in Tver, Russia (1864–1887). Whereas the lemonade jug “Pelican” included in Tukums Museum collection is linked with important events of Latvian history. Only 90 years ago, it was still in use in a restaurant in the Mežaparks suburb of Riga. In 1939, when the restaurant was closed down due to its owner being forced to leave to Germany-occupied regions of Poland, the jar was presented as a gift from the owner to the restaurant employee Emīlija Glāzniece from Jaunpils municipality. It was kept in the family as a precious keepsake, until it was gifted to the museum.

The collection of arts patrons Jānis and Dina Zuzāni is the largest private collection of Latvian art in world, encompassing art works from the 18th century until today. Items manufactured in the factories of Kuznetsov included in this collection are being exhibited for the first time. The exhibition is set up at the Tukums Durbe Manor enriching the historic interior design of the manor master’s quarter. It gives the visitors an opportunity to appreciate already previously known items made at the Kuznetsov factory and to see the diversity of previously unexhibited items of porcelain, faience and even clay.

The exhibition will be open to visitors until 10 January 2021. 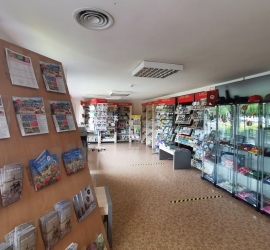 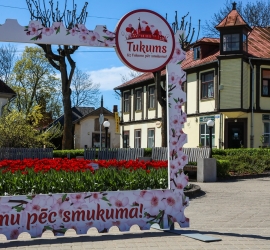 Come Visit Our Cinemas and Mus ...